Identifying markers for the multiple diseases of ageing 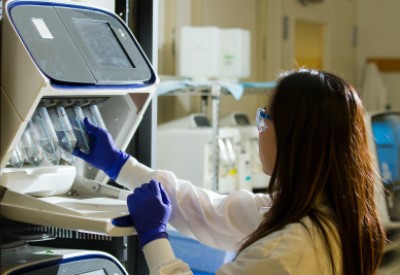 Multimorbidity is one of the key challenges facing health researchers around the world.

Broadly defined as the presence of two or more long-term health conditions in the same person at the same time, multimorbidity will become an increasingly pressing issue as populations get older. In the UK, estimates suggest that one in seven citizens will be over 75 by 2040, with implications for health and care systems as well as the quality of life of affected individuals.

If we are to find new therapies that address these multiple diseases of ageing, we need to identify new biomarkers – biological indicators of disease – that can predict when health professionals need to intervene, and give drug developers swift and robust reassurance that their proposed treatments are working (or, just as importantly, not working).

Many researchers would also suggest that we need to start thinking about these multimorbidities as groups of diseases, rather than individual conditions, when it comes to identifying biomarkers and developing new therapies.

At UK SPINE’s 2020 annual conference, researchers presented the results of their recent review of available evidence on biomarkers as predictors of multimorbidity. Currently published in pre-print form, the UK SPINE-funded study collates and presents the existing body of research on biomarkers and multimorbidity, identifying the work that has been done to date and the gaps that remain.

Professor Gary Ford, CEO of the Oxford Academic Health Science Network and an expert in stroke medicine, is one of the paper’s authors. He told conference attendees: ‘We need a different approach from the “singular disease treatment” approach, and we will ideally develop therapies to prevent multimorbidity rather than treat conditions once they have emerged. If we are going to do that, then biomarkers become key: you have to be able to identify people at risk of developing functional deterioration due to multiple long-term conditions. Then you can target your therapies at those biomarkers, and this becomes key in designing the studies to show whether therapies work.

‘Unsurprisingly, there is not as much research on this topic as we might have hoped. That reflects a number of problems that we need to think about in terms of the future research agenda – for example, a decline in capability in geriatrics and clinical pharmacology in the UK and international academic system, and a lack of clinician-researchers to help translate basic science into clinical therapies. In that context, it’s critical that we bring together collaborations across academia, industry and the clinical sphere – and that’s one of the things we’re trying to achieve with UK SPINE.’

The review’s lead author, Dr Liz Spencer, from Oxford University’s Centre for Evidence-Based Medicine, added: ‘Our aim with this study was to identify and present the body of available evidence on biomarkers and multimorbidity, and hopefully set out a basis for the future. We were looking for cohort studies and studies that gave prospective data from randomised controlled trials or case-control studies – but we also ended up looking at cross-sectional studies. This gave us around 5,000 hits, among which there were 34 relevant studies and 12 that reported some prospective, or forward-looking, data.’

Dr Spencer described how the research team categorised those ‘very few’ multimorbidity studies by the type of biomarker assessed: blood serum, molecular, brain function, physiological (such as grip strength or blood pressure), and body size. Almost all of the studies found an association between the relevant biomarker and multimorbidity, with a broad link overall between BMI and multimorbidity. A study involving several thousand people in Italy, for example, looked at inflammatory and hormonal biomarkers over a nine-year period and found that higher baseline levels of interleukin 6 (a protein associated with inflammation), and a greater increase over time, were predictors of multimorbidity development.

Study author Professor Carl Heneghan, Director of Oxford’s Centre for Evidence-Based Medicine, concluded: ‘One of the issues we found was a problem of standardisation: it’s not even clear what we mean by multimorbidity, it changes depending on the cohort, and often these people are excluded from evidence coming out of trials. We also need to think about the right time to reduce the burden of multimorbidity – for example, when people enter their 50s – and about acute events, such as broken hips, that interact with age and multimorbidity and can exacerbate the issues.

‘This is a large field that needs a coherent, interdisciplinary approach.’

The field of multimorbidity has received relatively little attention in comparison to studies of single diseases, but will become more important as life expectancy increases in the developed world. It is an emerging area of research that requires standardisation and investment to develop and professionalise the field more widely.

Furthermore, the challenging intricacy of research at the interface of multiple diseases means the field is likely to attract global multidisciplinary talent, contributing to the UK’s leading position in biomedical science worldwide. If we are serious about addressing the extension of healthspan for an ageing population, this will be a key area to develop nationwide.